A busy week for school rugby

The week beginning Monday 30th September was a very busy week for our school in terms of Rugby. Monday saw over seventy male students from Year 7 to Year 10 taking part in our extra-curricular Rugby Club, showing the continued outstanding commitment to the sport at STM.

On Tuesday, our Girls after school club had over twenty girls participating and our Year 10 Boys team played a fixture against Kings Priory, where they ran away with the game and finished 40-0 winners.

On Wednesday, as part of our ongoing RFU grant, we were given an amazing opportunity to design our very own Rugby kit. Four of our students from Year 9 and Year 10 worked alongside Canterbury for a full day, developing a beautiful rugby kit for our school. This kit is now being manufactured by Canterbury and will be delivered to school for us to use as soon as it is completed. Well done to the four boys for coming up with an excellent design. 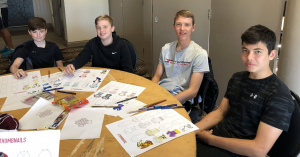 Finally, on Thursday our Year 7 and Year 8 teams both had their first competitive matches of the year at Kingston Park. Both teams included lots of new players and were extremely successful. Our Year 7 team won two and drew two out of their four games, which was an amazing achievement, and our Year 8 team won two games out of two without conceding a single try.

Well done to all students who have taken part in rugby this week. 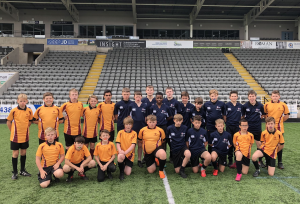