On the Sunday 19th September 2021, six students represented St Thomas More at the schools regional qualifier ski race. Our school had entered a girls team and a boys team, both were a mix of experienced racers and recreational skiers.

We were allowed a few practice runs to get used to the course, which involved us skiing around full sized gates the fastest we could. The competition involved each school team skiing one after the other. Each run was timed electronically. The fastest three times would be added together to make the team time. It was a hot afternoon, yet the atmosphere was friendly and supportive. Our first run was promising and we went all out to get the fastest time possible for our second.

Similar qualifying events were held all over England this weekend. The teams with the fastest times will be selected for the national finals in October. We hope we’ve done enough to make it! 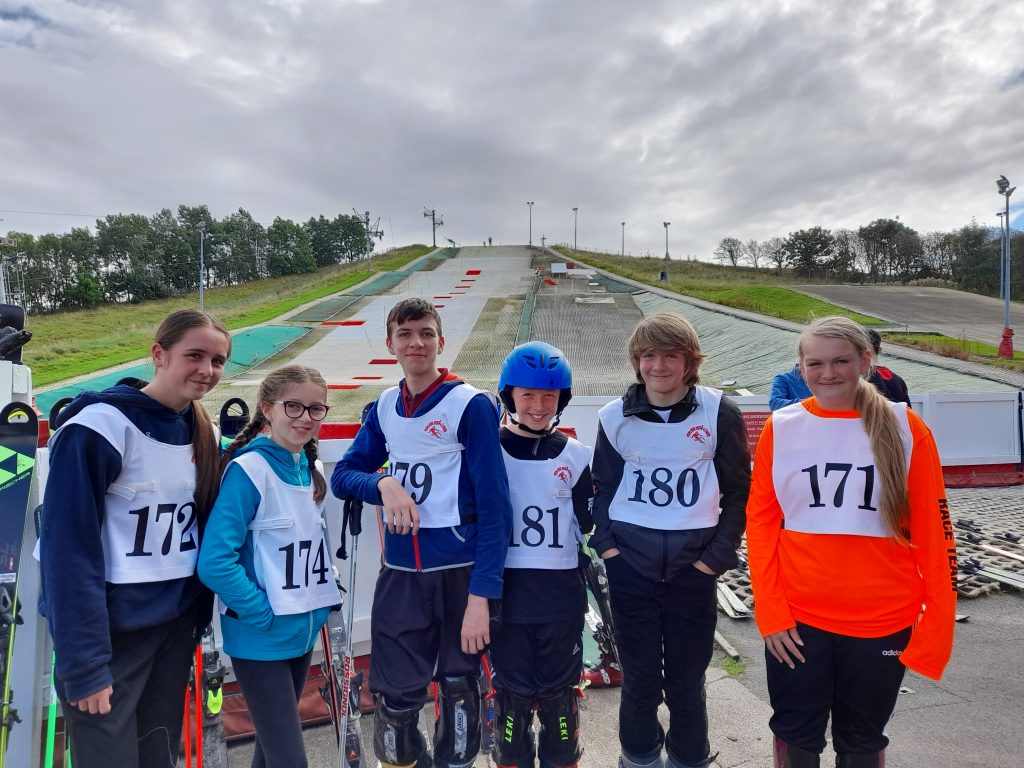