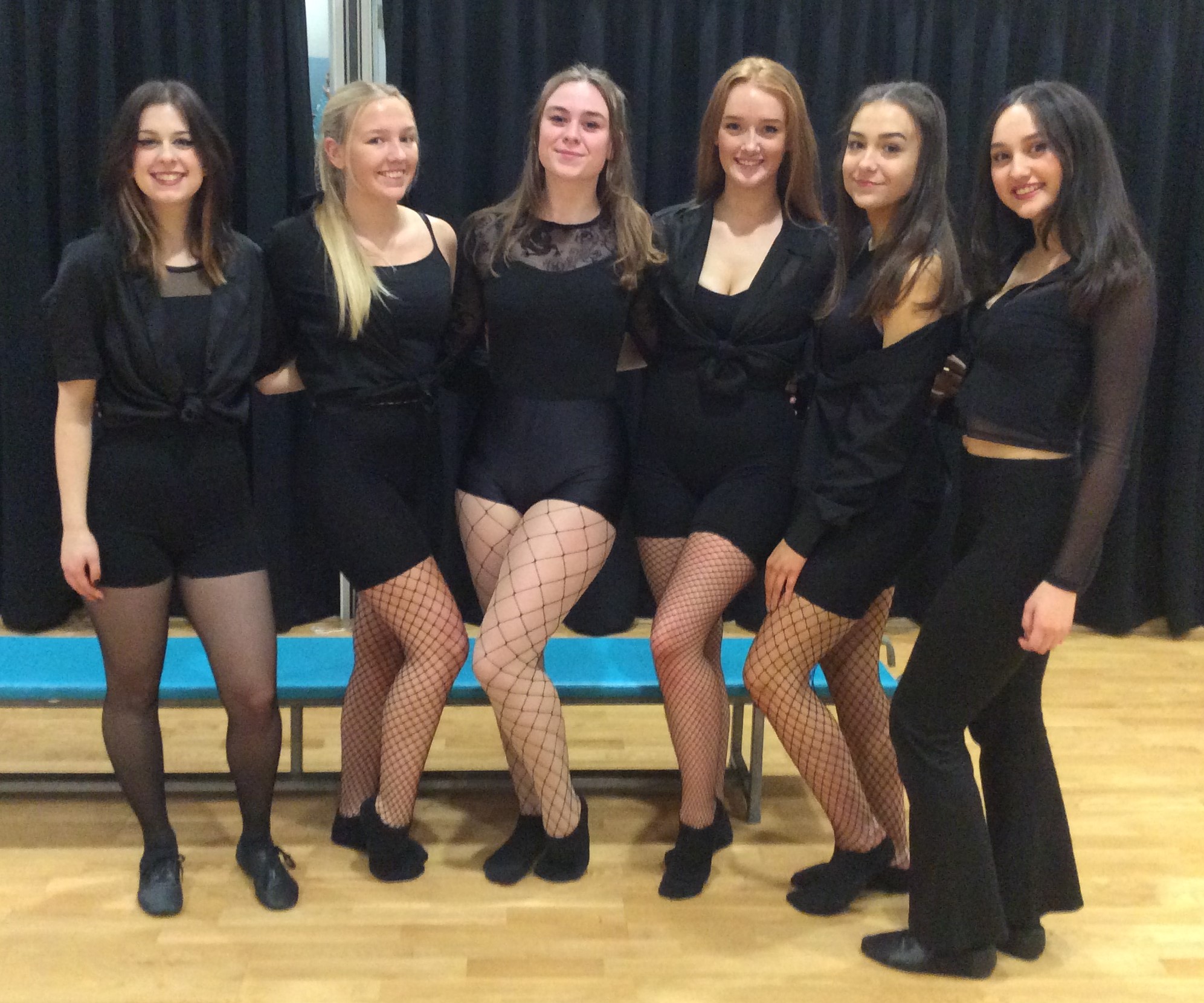 I hope you dance!

If you get the chance to sit it out or dance…

…I hope you dance!

It was a pleasure to be able to hold a dance evening again, after an absence of two years. We kept it ‘Covid safe’ by only inviting the other dance students to watch, and we were so proud of the way they supported each other. There was a wonderful buzz and it was great to give them the opportunity to perform.

Two groups of Year 7s performed. Mrs Henderson’s dance class performed a contemporary dance they created in Core PE dance classes and the Year 7 extra-curricular Dance Club was led by two of our Year 13 students, Roseanna Murphy and Charlotte Price, who taught them a musical theatre dance to ‘Nicest Kids in Town’ from ‘Hairspray’. Four more of our Year 13 students, Karley Wright, Caitlyn Robinson, Emily Rutherford and Alice Fairbairn, also led a Year 8 Dance Club, who brilliantly performed a jazz piece to ‘We go together’ from the musical Grease.  The Year 13s have loved leading the Year 7 and 8 students, who have been a pleasure to work with. 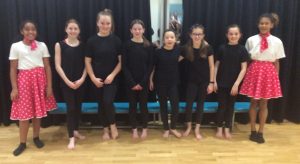 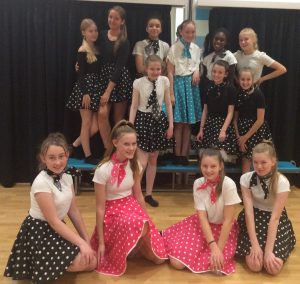 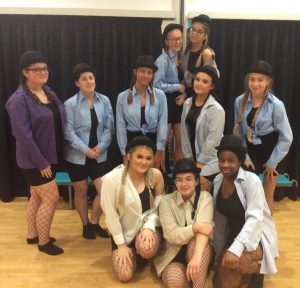 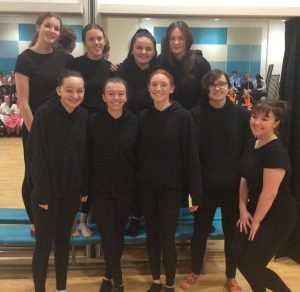 The Year 12 Performing Arts class performed two spectacular contemporary pieces to the Rolling Stones ‘Paint it Black’ and ‘Skyscraper’.  They used a mix of 60s style as well as Cunningham method in their choreography and were fantastic in their performance. The Year 13 Performing Arts students performed three duets, two influenced by Andrew Winghart’s contemporary jazz style and one a funky commercial piece.  The girls ended the evening with a fantastic homage to Bob Fosse and his ‘Cell Block Tango’ from the hit musical ‘Chicago’. 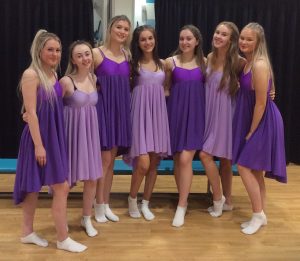 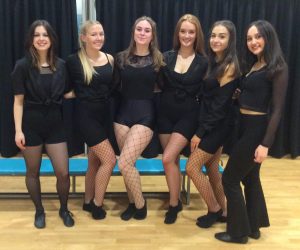 There were over 70 students involved and 13 dances performed, which involved contemporary, commercial, musical theatre and jazz. The costumes looked fantastic and each performance was brilliant, with students relishing the opportunity to perform again in front of each other.  Hopefully we can invite family and friends to the next Dance Evening.

The atmosphere of the Dance Evening was amazing, with all students supporting each other. The younger students looked in awe at the older girls who had been working so hard on their routines for the examiners, and the older students enjoyed watching the performances from the younger students who had been working on their dances in class and after school clubs. Performing Arts is largely responsible for my decision to return to Sixth Form, and the sense of community we have is just that, a community. Students love their lessons and Mrs Roberts has created a safe space for all of us to get the work done whilst also feeling part of something bigger.

My time as part of the dance community at St Thomas More has not only helped me to flourish as a dancer but also helped me with my confidence and my communication skills. It is events like the dance evening where it all comes together; younger students look up to the older dancers as they aspire to one day be part of the Performing Arts group. After two years of not performing due to Covid, a night like this to celebrate all ages and abilities of dance was definitely what every student was in need of. All students performed phenomenally, with GCSE and A Level students being filmed as part of their course, and younger students looked on in astonishment.  I remember sitting as a Year 7 watching the older ones.  It is nice to think that younger students might now be looking up to me for inspiration.