Beverley Park Lawn Tennis Club is a fun and enjoyable place to learn and play tennis for all ages. Recently, it celebrated its 100th year anniversary; this makes it one of the oldest clubs in the North East. The club’s championships is a friendly annual tournament where all ages compete to be the best in their age category. Phill, our coach at Beverley Park, makes the sessions fun as well as helping us to learn tennis skills.

Winning the under 12s doubles competition was a great achievement and the first trophy we have won as partners. We have only been partners for a few months, this shows that determination and hard work pays off. We also competed in the under 12s singles competition, where we played each other in the final. This was an exciting game not only to watch but also to play. In the end, Sophie took the win and Eloïse came a close second.

Both of these games, the singles and the doubles, was a great experience and we learnt a lot from each other and our opponents. If you have faith and enough enthusiasm you will succeed. We finished our winning Saturday by watching Emma Raducanu win the US Open Championships, which has inspired us to continue playing tennis. 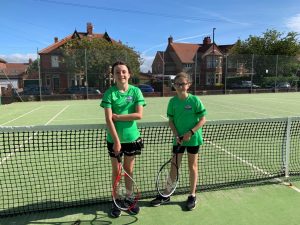 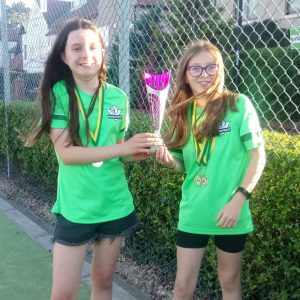