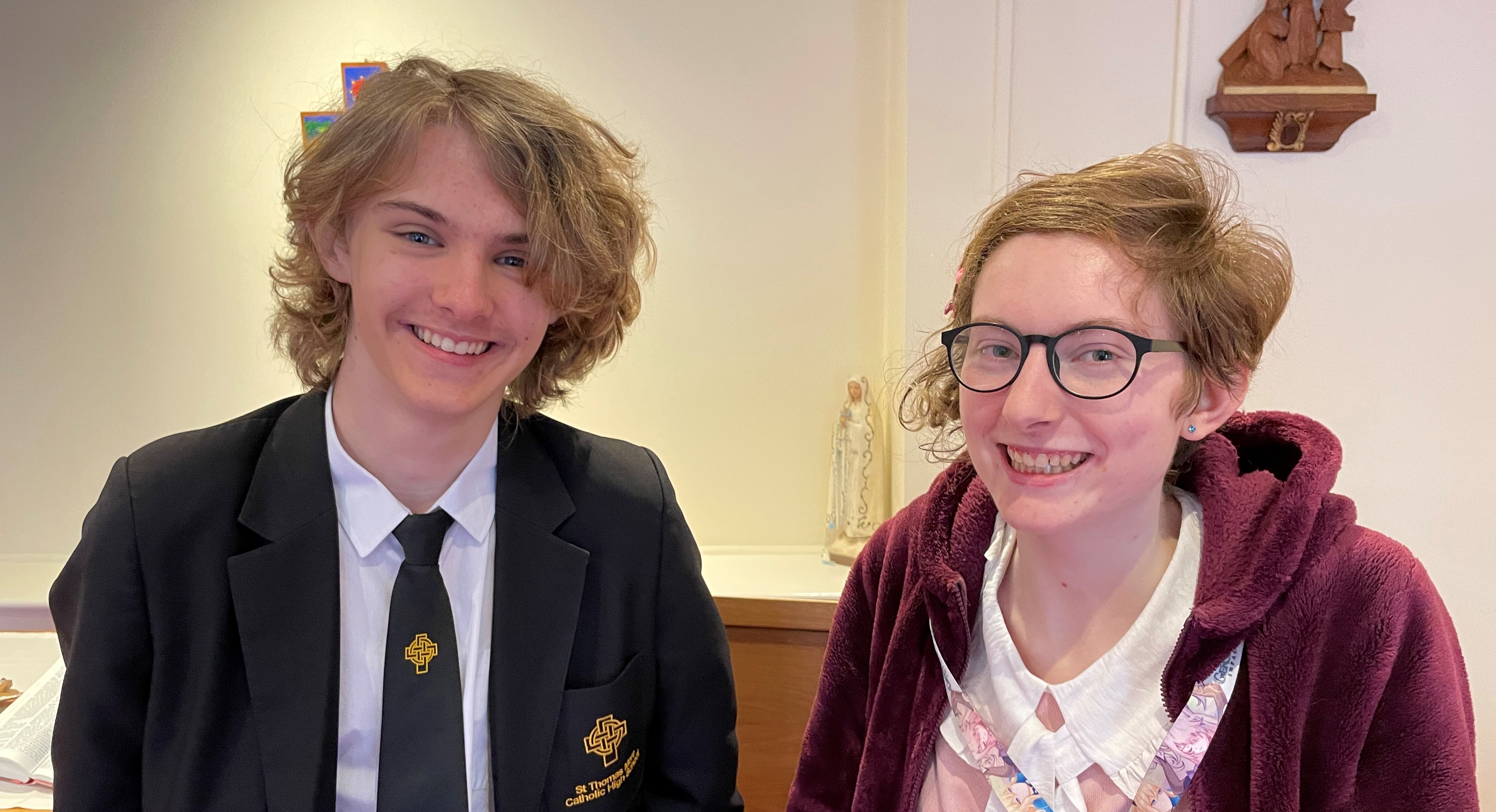 Mr O’Connor runs our student council and supported students from STM to run for election. He said “St Thomas More are proud to carry on providing Young Mayors! Huge congratulations to former Young Mayor, Suzie McKenzie, for her hard work and excellent example to our young people in the region.” He also congratulated Meg Giles in Year 11, who ran against Max for Young Mayor, as well as Kody Walker in Year 10 and Alisina Hassani in Year 12, who both ran admirable campaigns in a bid to become members of the UK Youth Parliament, but who both sadly lost out this time.

I recently caught up with Max and interviewed him for More Life.

Max’s winning campaign was one built upon climate change, a subject important to so many young people. He said “I want to increase the number of schools signed up to the green flag eco awards, increase recycling in the borough and to get a greater number of bins in public areas in schools.” His aim for his term as Young Mayor is to fulfil his climate change pledge as well as making room to address other issues unrelated to climate change.

“I believe [it] will help local people, not just young, but across the age gap” said Max, when asked how his work as Young Mayor would help others. He said he knows the importance of climate change and the devastating effects it could have on the borough and the world. Becoming Young Mayor has given him a platform to voice his concerns around what is being done for the environment. His pledge is going to make real change to the way it is being dealt with.

When asked why it is important to have a youth voice in politics he said “I think that if young people are actually represented in politics and the issues important to us are actually brought to the forefront of what’s actually being done, then our issues actually may be dealt with.” We wish Max the best of luck on his term as Young Mayor, and wish him every success as he pushes for the voices of the youth to be heard.