Nathan Buchanan creates his own power!

My zinc battery clock was a science experiment that I did during lockdown in a science lesson. This was done over many steps, as I had to make the battery step by step, following the correct procedures.

One of the main steps was actually the first part where I had added graphite and MnO2 into a bottle and shook it to create the mixture. To create the battery, I used a silicon tube and added a graphite electrode which was used as a plug to stop the mixture falling out of the bottom. A very vital part was when I added the bolt in the tube on top of the cotton and NH4CL which is the formula of the chemical compound ammonium chloride.

Once all of this is done I had to assemble the clock and add the battery to the battery holder on the back of the clock.

I made a powerpoint to show my battery as I built it. 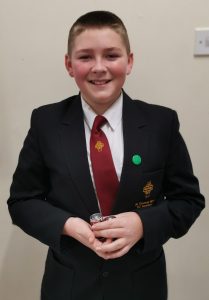