On Sunday 8th September, Martin won Gold at the English Finals in Sheffield, with a personal best score and even better a “World Age Level” score!

Martin’s next stop is Spain in October before he competes for Great Britain at the world age games in Japan in December.

Last Saturday Martin represented England and competed in Sweden at “The Frivolten Cup”, winning Gold with a very technical and solid routine. See photo below of Martin with his trophy. 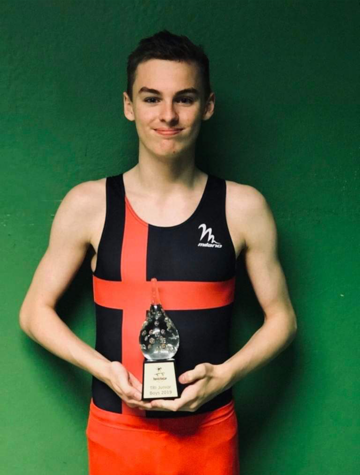 During April and May Martin also won Silver and Gold at the English Elite Spring Series 1 & 2 events in Southampton and Telford. 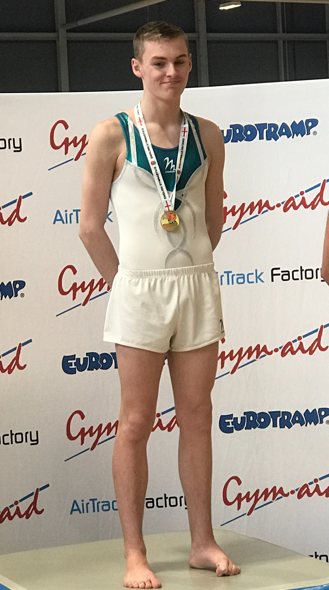 This year Martin has upped his game and now has a new, much more difficult trampoline routine.  With a lot of training and dedication, his hard work is starting to pay off.

Martin is now waiting to see if he will be selected to represent Team GB at “The World Age Games” taking part at the end of the year in Tokyo!

An update on Martin’s Trampoline achievements so far this year in 2018:

If you regularly follow the school website and newsletter, you will know that Martin Bland (now in Year 10) has had a great deal of success in Trampolining already.  However, on Saturday evening, Martin won the Silver medal for England at his latest competition in Sweden. Martin, his coach, the Club and the England Squad are absolutely thrilled by this latest achievement.  It is particularly impressive considering that this was Martin’s first competition for England and he was placed in the ‘Junior Boys’ category, which goes up to eighteen years, while Martin is still only fourteen!

Martin says he is “lost for Words, this week has been challenging both physically and mentally but I am so happy I was able to come out of it with a Silver Medal representing my country”. 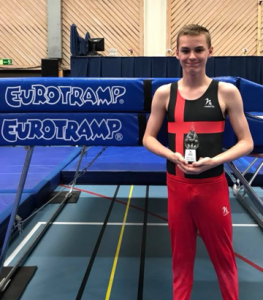 I am now in Year 10, and this year I have moved up to the Elite level in Trampolining while training at Apollo Trampoline Club in Washington.

In my last competition in Sheffield back in June I qualified for the British Championships which were held at The Echo Arena in Liverpool on the weekend of 23rd-24th September.  There were 7 gymnasts in my Age Group and after the 2 routines on Saturday I was in 2nd place going into Sunday’s final. I was feeling a bit nervous before getting onto the Trampoline to complete my final jump as this was the most important competition I had ever done.  However, at the same time I felt confident I could perform well as I had been training up to 6 times per week to prepare for it.

I nailed my routine and it was probably the best I have ever done it.  This was enough to claim the Gold and be British Elite Trampoline Champion in my Age Class.

2018 will be an exciting year for me as I am hoping to be on the Team GB Development Squad which will mean trips to their Main Training Base in Lilleshall, Newport. 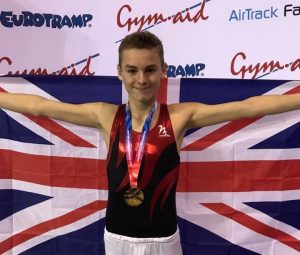 I first started doing gymnastics at the City of Newcastle Gymnastics Academy when I was 8 years old.  I started in the Recreational Group who train once per week, but quickly advanced up to the Elite Boys Team and was training up to six times per week.

I enjoyed the Gymnastics Academy but was looking for a new challenge and have always enjoyed trampolining, so it was an easy choice of what to do next. I joined Apollo Trampoline Club in Washington in June 2015, the club where Olympian Kat Driscoll trains, and in the first year I qualified for two UK competitions, achieving a Gold and a Silver at NDP Level 5.

In 2016 I moved up to Level 8 and again in the two UK competitions I achieved Gold and Silver medals. Also in 2016 in competed in the European Loule Cup in Portugal and was placed fifth overall.

2017 has already been an exciting year for me as I have now moved up to Elite Level.  In the first competition of the year in Nottingham I was placed second, in the process qualifying for the British Finals that take place in Liverpool in September. I also competed in the Alsmeer Cup in Amsterdam back in March and was best placed for my age.  If I also do well in my next competition in Sheffield I will have a chance of being selected for the World Age Games in Bulgaria in November.

Later this year, Martin is likely to be on the “Team GB Pathway programme”, which means he will be training at the British team’s base in Liverpool. Congratulations to Martin on these fantastic achievements, we wish him every success in future competitions. 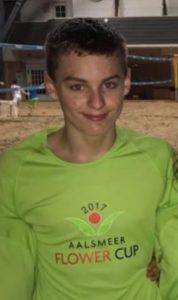