Where Maths meets Geography on the UK coastline

On Wednesday 25th May we attended an event on Zoom where we learnt how maths plays a key role in geographical studies. It was quite a global event, with thirty six other schools from around the world in attendance, from as far away as Costa Rica.

At first, we did some maths and geography puzzles to warm ourselves up. I enjoyed the puzzles as I love Maths and it was a good way for me to discover how I could use my maths knowledge in geography.

In preparation for the call, as homework, we had to write down our name, then a country, city, state or village that began with the first letter of our name and the population of that place. My name is Euan so I picked England that has a population of 67,000,000.

We then used a poll app to pick what the first number of our population was, for example mine was 6. The presenter hid the results of the poll, she did not look at them and we did not see them either. She revealed that, a few days earlier, she had posted a letter to one of the schools on the zoom call, predicting the results for the bar chart. She shared her prediction and the chosen school revealed the letter. Somehow, she had predicted the results within 3%. Everyone was amazed and wondered how; it was like a magic trick.

The presenter then shared her “secret” or rather her method.  She told us that when you count to nine there is an 11% chance of each number being the first digit. When you count to twenty the chances of the number starting with one goes up, this carries on to the hundreds, thousands and millions.

After this task, we went on to look at the coastline of the UK, using maths to calculate the length of the coastline by looking at individual squares from satellite images.  Unbelievably, the UK coastline is 11,000 miles long, even it is only 874 miles from Land’s End to John O’Groats.

I really enjoyed this experience as it was quite challenging maths.  I found it very interesting how maths and geography were linked. 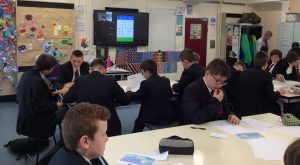 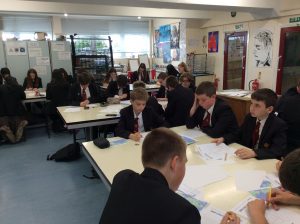