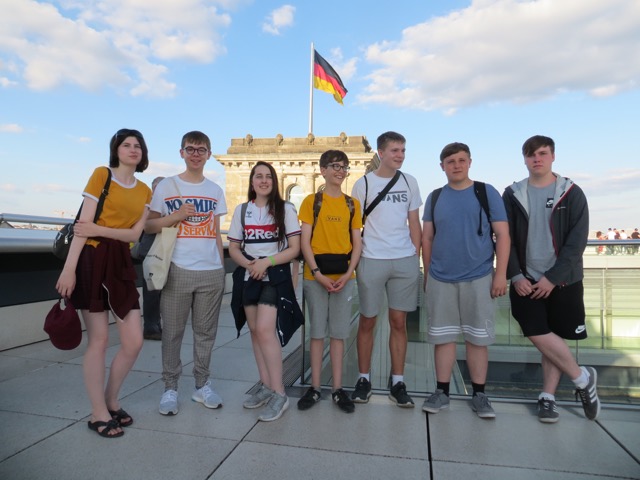 During our amazing 4-day trip in Berlin, we experienced a range of different cultures, museums, monuments and much more. 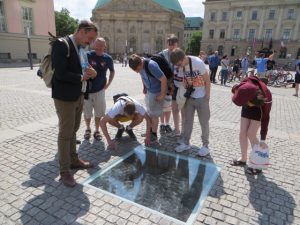 On our first morning in Berlin, we set off from our Hostel in order to meet our personal tour guide Kai. Kai showed us around the city that he had called home for 21 years, allowing us a greater insight into the intriguing past and present of Berlin. Some of the sights included in this informative 4 hour tour were historical, such as the Brandenburg Gate, the Berlin Wall and the Museum Island. However, other sights in the tour were ”Gedenkstätte“ (memorials) such as the Memorial to the Murdered Jews of Europe, which made us all stop and remember the victims of the Holocaust.

A few hours after our tour with Kai, we set off for the German Parliament building. In the building (which was heavily guarded by security!) we were able to walk up to the top of the dome with an audio guide. This allowed us to have a greater understanding of the history of the parliament whilst enjoying a great view. 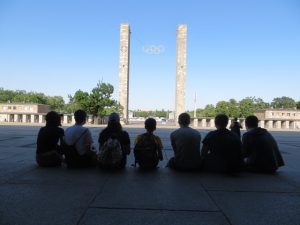 On the Sunday we enjoyed a visit to the Olympiastadion, which held the infamous 1936 Olympic Games. Whilst following a tour guide, we were able to learn more about the stadium and its past and present users, and also information about German sport in general. 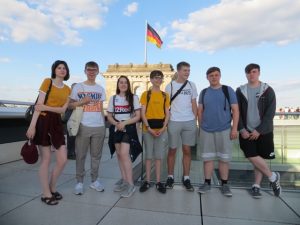 On the final day of our trip, we visited Alexanderplatz and went to the top of the iconic ”Fernsehturm“, which is the highest building in the whole of Germany. Der Fernsehturm was completed in 1969 by the German Democratic Republic, and closely resembles the famous USSR satellite ’Sputnik‘. There we were able to experience the undisputed best view of Berlin from over 203 metres high.

And in the end, wir sind alle Berliner!