In the first two weeks of July, all Year 7 Geography classes enjoyed a day out of school to the Newcastle Quayside, investigating the changes that have taken place in this area over the past 150 years.  Some were lucky with the weather, some less so, but students all returned with smiles on their faces, having enjoyed a day out of school.  I was particularly proud of some of the members of 7H, who took it upon themselves to do an impromptu litter-pick, proving once again that young people are very environmentally aware, and could teach our politicians a thing or two about responsibility for our planet.  Beatrice Lewis-Dale, Year 7, writes the following: 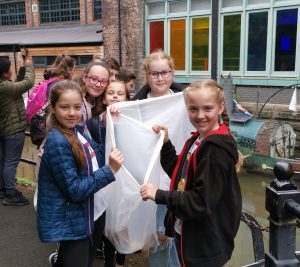 When my form (7H) went on the Geography trip to the Quayside it was very fun.  We started on the Ouseburn and saw the toffee factory and found out lots of cool things about it, like that it is an old factory that is now used as offices for artistic industries. Then we went to the Ouseburn Farm, where there were lots of animals including cows, pigs, goats and rabbits.  We were also shown some of the reptiles by Emma McGinley, who used to go to our school.  As we were walking, Meagan and I saw lots of plastic on the roads, so we got a bin bag and filled it up with litter.

After the Ouseburn, we walked under the Tyne Bridge, across the Swing Bridge and then saw the Sage. As we went, we did various surveys, including counting cars and doing Land Use and Environmental Quality surveys.  After lunch we had the chance to go to the top of the Baltic to see the view, which was spectacular. My favourite part was when we all saw the Millennium Bridge move. Next year if someone is not sure about going on this trip, I would tell them to go! 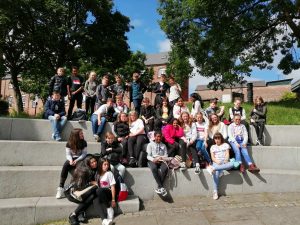 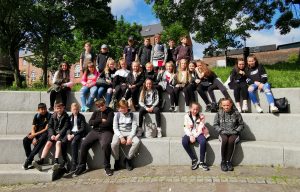 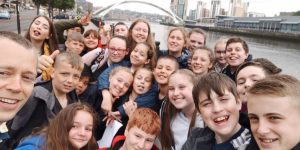 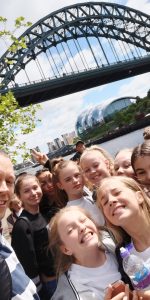