On 30th June Frau Wakeman and Frau Fisher travelled to London as guests of the German Ambassador at his residence in Belgravia.  Frau Wakeman had been nominated for a German Teaching Award.  The afternoon started with a welcome from Miguel Berger, the German Ambassador to the UK.  This was followed by an entertaining speech by Neil MacGregor, former director of the British Museum and author of Memories of a Nation, a book about German history.  He talked about the importance of language learning and the cultural benefits it brings.

The award ceremony followed and Frau Wakeman won the Lifetime Achievement Award, which was presented by the German Ambassador.  German snacks, including Wurst, Pretzel and Bier were then served in the garden.

This award is a recognition of her dedication to German at St Thomas More. Frau Wakeman has been the ultimate ambassador for German and her commitment to the German Exchange has given hundreds of students the opportunity to visit Germany, experience the culture and to form lifelong friendships.

We thank you Frau Wakeman for everything you have done for German at St Thomas More.

Mr Watson added that Frau Wakeman “has been an inspiration to countless pupils and colleagues during her 26 years at St Thomas More. She is passionate that young people should learn about the language and culture of Germany and for many years supported and then led our German exchange programme. I cannot think of someone more deserving of such an award to recognise and celebrate her achievements over the 40 years of her teaching career.”

The photos below were taken at the celebration.  Frau Wakeman is pictured with the German Ambassador Miguel Berger.  Also in attendance was German illustrator Axel Scheffler, who many people will know from his work on Julia Donaldson’s books.  He also designed the picture above. 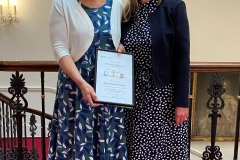 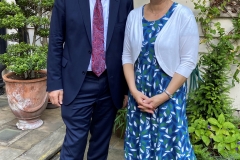 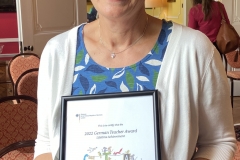 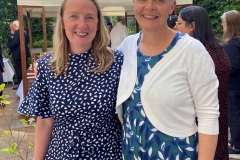 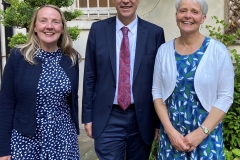