The boys from the Year 7 Book group have interviewed Mrs Mole about her reading habits. Not surprisingly history books are her favourite, especially Ken Follett. As a child she loved the Chronicles of Narnia and she would recommend Tudor Terror by Terry Deary to any Year 7 student. Sadly she reported that she is now too busy to read as much as she would like but that she always keeps up with the newspapers and modern politics. 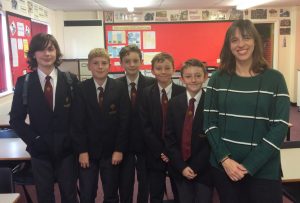 Here are our first Word Millionaires for this academic year.  Joe Eggett 7R, Matilda Woodhall 7M and Yousuf-Ali Hasan 7S have all read over a million words each this term using the Accelerated Reader scheme.

Popular authors for the three include Derek Landy, Joseph Delaney and Lemony Snicket.

The three have notched up over 5,500,000 words between them….an amazing effort! 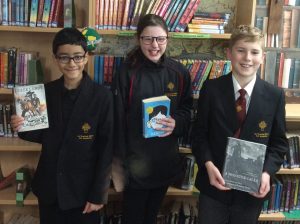