Once again St Thomas More students (and staff) made a fantastic contribution to the Tyne and Wear Citizens Assembly on Thursday 17th March.

A number of students acted as the ‘floor team’, promoting the event outside the Civic Centre, welcoming guests to the event and showing them to their seats. Local leaders, event organisers and guests of the event commented on their professionalism and their enthusiasm.

Lucy Oshegbu and Angel Muchiso, both Year 10, and Keira Edwards, Year 13, were involved in putting together a short film on anti-racism work in school. They spoke eloquently and emotively about the need to tackle racism in education and the attendees were literally queuing up to thank and praise the students at the end of the assembly.
Shantel Suneesh, Mishama Sony and Eve Zikhali, Year 12, met with North of Tyne Mayor Jamie Driscoll in the week leading up to the assembly, asking for his support to challenge Arriva to meet with them to discuss cheaper fares for 16-18 year olds. (Mr Driscoll said yes, but Arriva is a work in progress).

Angel Muchiso and Lucy Oshegbu, Year 10, wrote about their experience of tackling racism in schools:

The Tyne & Wear Accountability Assembly was a 2-hour long assembly with more than 500 local people, all coming together to voice their concerns about numerous specific issues that are affecting North Tyneside and what could be done to tackle them. One of the main concerns they have is racism in education, which is important as it affects students and staff within our community on a frequent basis. Hearing live accounts and incidents of racism was upsetting but necessary in order to truly understand how it felt to be discriminated against, especially in a place that is supposed to be a safe environment for students and staff. To be accountability, more preventative measures need to be put in place while condemning all forms of discrimination. The greatest takeaway from this event was that individual differences and cultural or ethnic backgrounds should not be a factor when it comes to simple morals; everyone deserves to be treated equally and respected as a human being.

This year students in Year 12 have been campaigning for more affordable bus fares for Sixth Form students. We conducted a survey and a listening campaign, which highlighted the main issue that students who are not yet eighteen are being charged adult fare. We are passionate about this movement since we know the immense impact it can have on individuals financially. Further discussions lead to us writing a letter to Arriva with these testimonies. We received no reply. This pushed us to plan our action to make change. We partnered up with members from Tyne and Wear Citizens, Simon and Wendy, who helped us facilitate this movement. Michael reached out to Mayor for the North of Tyne Combined Authority, Jamie Driscoll. He agreed to meet with us in Newcastle to discuss the issue, his power helped us get Arriva’s attention. He also wrote a letter to Arriva, for which we received a reply in 20 minutes!

This relationship that we have built with the mayor was vital for our campaign in making bus fares fairer. We invited him to the Tyne and Wear Citizens Accountability Assembly where the issue was publicised. The Accountability Assembly involves many people who have the power to make changes to prominent issues e.g. racism and the real living wage. In this assembly we presented our issues regarding the bus fares, and we feel it really brought this subject to light. We plan to do further actions in the future to make bus fares more affordable because we believe that students who want to attend Sixth Form shouldn’t be charged unaffordable prices that hinder their chance of an education. 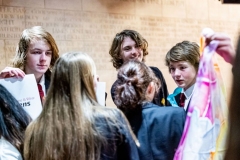 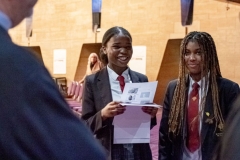 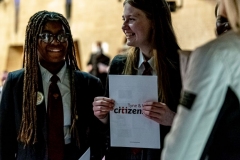 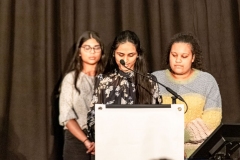 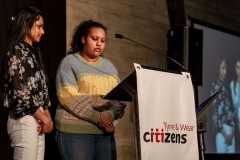 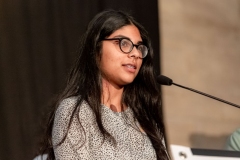 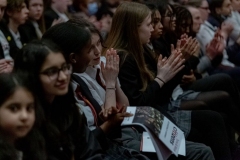 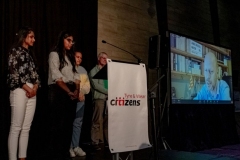 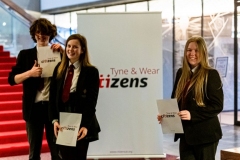 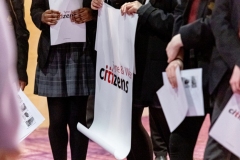